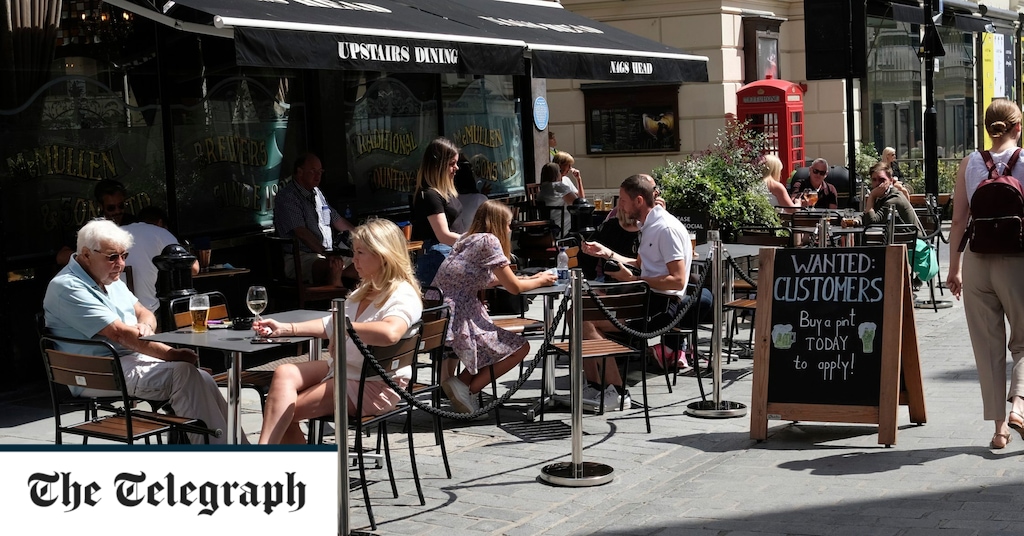 Nearly three months after pubs and restaurants were allowed to reopen their doors, albeit with considerable restrictions, the coronavirus rules have tightened again following a surge in Covid-19 cases.

Following the Government’s recent ’rule of six’ announcement, where most social gatherings of more than six people are banned in England, Boris Johnson has announced a new 10pm curfew for pubs.

What are the new rules for pubs and restaurants?

The Prime Minister has ordered all hospitality venues in England to close by 10pm from this Thursday after the coronavirus alert status was raised to the second-highest level for the first time since June. “It’s a punch in the stomach”, said Damien Devine of the Old Red Lion Theatre Pub in north London, where late-night trade makes up 40 per cent of intake on weekends.

As part of what Johnson dubbed “the rule of six“, pubs and restaurants will only be able to take bookings of up to six people in line with the new rules on social gatherings. The six can be from multiple households. Hospitality venues can have more than six people inside in total, but customers on individual tables must not exceed that number.

As well as forcing pubs and restaurants to close at 10pm, Mr Johnson said there will be a legal restriction on the hospitality sector to be table service only, meaning buying drinks at the bar will be outlawed.

Additionally, hospitality staff will now have to wear face masks while working (previously it was only guidance), and customers will have to wear coverings except for when seated at their table.

Police have the power to enforce these rules, and businesses will be expected to as well. Individuals who fail to comply can be handed a £200 fine, doubling with each offence, to a maximum of £3,200. Operators will also be legally required to collect details for track and trace; previously, it was merely guidance. Business that fail to ensure their premises adhere to the rules face fines.

“It raises concerns,” says James Lyon-Shaw, who runs The Drumming Snipe and Greene Oak, in Surrey and Berkshire, regarding the rule of six. ”But when you actually digest it, how it affects us specifically, it won’t have a massive impact. From the start we chose not to take tables over six, and we wouldn’t take tables of more than two households.”

Stuart Young runs two pubs in Northumberland, The Blackbird and The Northumberland Arms, and also says he has enforced the guidance. “We get dozens of requests a week for large tables, we’re constantly saying no, and offending people by doing so,” says Young, who was hospitalised with Covid-19. He hopes the change will simplify things, and give pub “a bit more teeth” against customers who wish to flout the rules.

It is possible, though nothing has been announced yet. New local guidelines and curfews have been enforced in recent weeks, and the most recent, in Merseyside, Warrington, Halton and Lancashire, has seen a return to takeaway and delivery only for pubs and restaurants.

In London, Diana Nagagereka, general manager of Brixton Village, says a spike in cases, and subsequent tightening of restrictions, was probably “inevitable”. “Our tenants at the village are all currently adhering to the six max reservation policy, and so I am hopeful this change for dining and group drinking purposes should not be too severe.”

Kate Nicholls, the CEO of industry body UKHospitality, believes the restriction on socialising “reiterates how seriously we must all take the threat of a further spread of the virus.”

How many people can I meet at the pub?

The maximum meeting in any social circumstance (schools, workplaces and organised sports are exempt) is six.

Nicholls fears the new announcements will erode the growing confidence in eating and drinking out, in large part thanks to the recent Eat Out to Help Out campaign. “The Prime Minister simply must make clear that hospitality venues are safe to visit, provided that businesses and customers work together to implement social distancing guidelines.”

These concerns are shared by a number of restaurant operators. Hubert Beatson-Hird, owner-director of The Hunter’s Moon in London, has said the recent rules are “absolutely disastrous.” He has had 32 cancellations for this week since last night, and 40 for next week. “They [the Government] encouraged people to go out and support the hospitality industry, resulting in us bringing our staff back off furlough, only to now once again pull the rug out from underneath us.” He thinks allowing groups of 10 would have been more manageable.

Caterers, who tend to work for larger groups (which have mostly been banned) are increasingly worried. Helen Skripek of the Derby-based The Butlers Pantry says they were just getting back on track, with groups of up to 30 placing orders. “This announcement is a disaster for our catering and events business.” On Wednesday morning they woke up to their first cancellation, and fear many more are on their way. “It’s a complete and utter tragedy.”

Mike Fishpen, who runs a private chef service in Oxfordshire, has already received three cancellations, and lost a large deposit for Christmas Day. “It’s hard to know if I will have any income now going into winter,” he says.

Can I book a table for more than one household?

What will happen if there is a second wave and lockdown?

There is a growing concern that a second lockdown, or tighter restrictions than are currently in place, is on the cards. “If there is a need to be stricter in certain areas then so be it,” says Cyrus Todiwala OBE, chef proprietor at Café Spice Namasté in London. But Todiwala hopes these will continue to be localised, so restaurants and pubs in areas with low rates of infection can continue to operate.

There is also a worry that a second lockdown won’t be matched by significant financial support. Many are calling for an extended or flexible furlough, which Nicholls says is “vital” to protect jobs and businesses. “A solution to the rent impasse is also crucial, whether there is a second shutdown or not,” Nicholls continues. Without this, she fears many businesses will go under.